SNARE proteins are the core machinery to drive fusion of a vesicle with its target membrane. Inspired by the tethering proteins that bridge the membranes and thus prepare SNAREs for docking and fusion, we developed a lipid conjugated ssDNA mimic that is capable of regulating SNARE function, in situ. The DNA-lipid tethers consist of a 21 base pairs binding segment at the membrane distal end that can bridge two liposomes via specific base-pair hybridization. A linker at the membrane proximal end is used to control the separation distance between the liposomes. In the presence of these artificial tethers, SNARE-mediated lipid mixing is significantly accelerated, and the maximum fusion rate is obtained with the linker shorter than 40 nucleotides. As a programmable tool orthogonal to any native proteins, the DNA-lipid tethers can be further applied to regulate other biological processes where capturing and bridging of two membranes are the prerequisites for the subsequent protein function. This work was published in Angewandte Chemie, 2015. 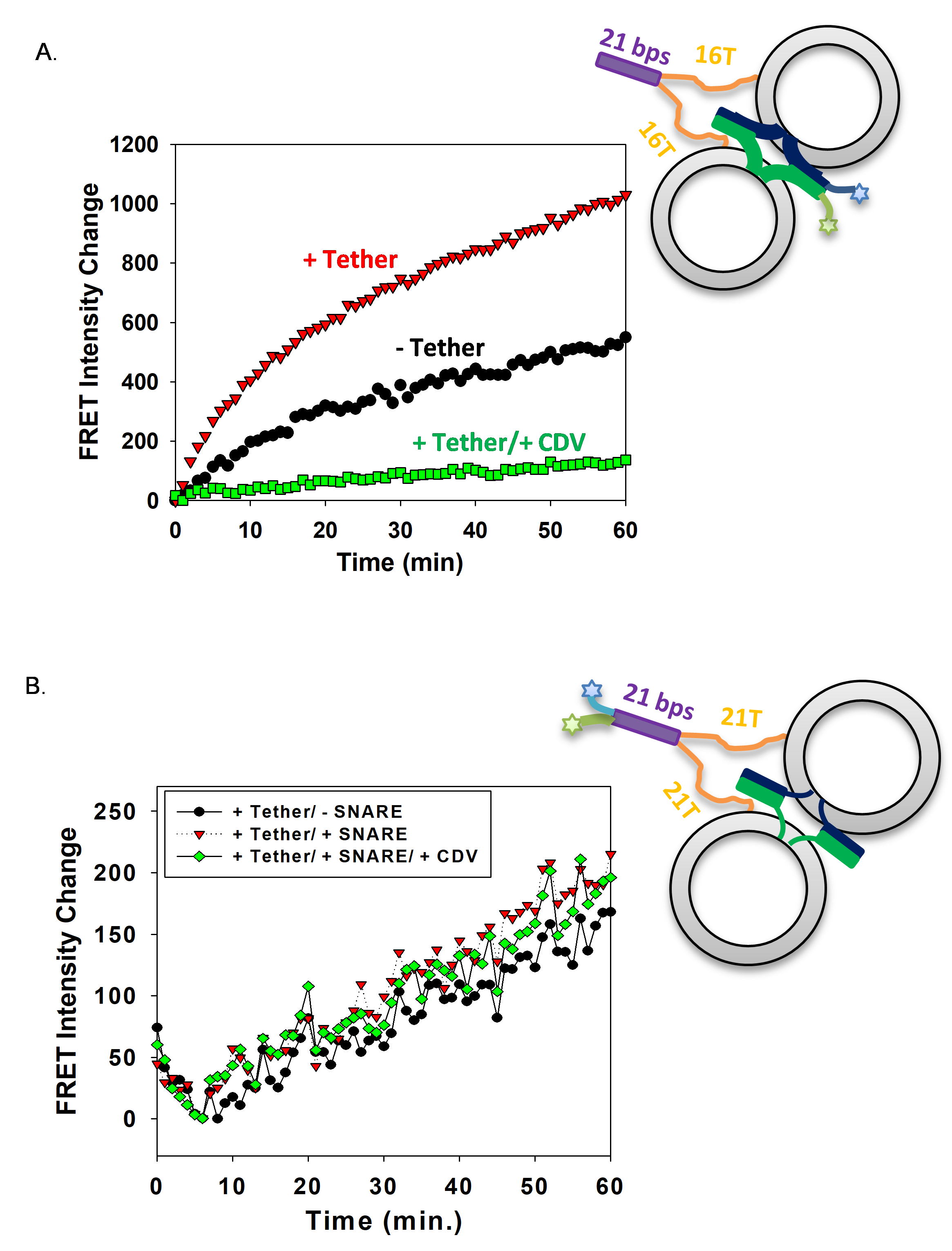 In collaboration with James Rothman (Yale and UCL)